Our guest speaker on October 16th was Ron Stamm, Project Manager for Triton Submarines.  Ron has worked at  Triton for more than five years.  He is an electrical engineer in charge of project management and contract account management.

Triton designs, engineers, manufactures and distributes yacht-based submarines for private individuals.  The company was established in Vero Beach in 2008 and now has its assembly plant in Sebastian.

All submarines are internationally certified to accepted industry standards so that they are inherently safer and naturally buoyant.  Annual inspections are performed in which the subs are completely disassembled and reassembled.  Special batteries avoid leakage and potential safety hazards.  Special devices are installed so that solo divers who do not respond to calls will be automatically surfaced.

Triton offers extensive training programs in which a minimum of 20 dives is required and mechanical and electrical knowledge is taught.  There is enough oxygen supply to stay down for 96 hours.  The ascent and descent for the deepest dives take about 3 hours each way.  Pressure cubes maintain the same pressure as what it would be above the surface.

In closing, Mr. Stamm invited our club to call to arrange a tour of the Sebastian facility.  You can contact  Triton772-770-1995 for further information.

On October 23rd our guest speaker was Larry Lawson of Indian River Hauntings.  Larry has been in the policing profession for over 40 years and has had several encounters during his tenure.  This tweaked his interest in paranormal events.  He and several others formed a group of interested people (mostly cops) who are members of the Florida Bureau of Paranormal Investigations. When called upon they will research reports of haunting activities.

Ft. Pierce, Fellsmere, Vero Beach, and Sebastian all have “haunts.”   Here is a little local history for you. In the 1920’s the Ashley Gang was finally executed and later laid out for viewing in Ft. Pierce.  The Purple Lady has been spotted numerous times in the ladies’ room at Marsh Landing Restaurant.  There have also been encounters at the old schoolhouse.  Other local “haunts” include the Hallstrom House, Waldo Sexton’s room in the Driftwood Inn, the Sebastian Women’s Club, Crabby Bill’s (formerly Hurricane Harbor Restaurant), Beyond Useless Boutique (originally the Sebastian Town Hall), the Bama Lawson Home and even in Captain Hiram’s Tiffany Room!

No one knows what a ghost really is, but one needs to love to embrace history and to keep an open mind when exploring paranormal events.  There are two types of haunts.  The Intelligent Haunt is when there is a direct conversation.  The Residual Haunt is the same type of occurrence happening repeatedly.

The study of documentation and evidence is needed.  The mission of Indian River Hauntings is to search for evidence of the afterlife with a foundation in scientific research and methodical investigative techniques. The goal is to support historical facts with the paranormal evidence uncovered and to validate or debunk myths, legends, and tales of the past.  When IR Hauntings gets a call to investigate they first get information by interviewing the informant.  Then after researching history, they visit the site, bringing necessary equipment to collect evidence and then analyze and make the report.  IR Hauntings never claims to rid a building of haunts.

On October 30th our club met at Sebastian River High School Sharky’s Café.  We enjoyed a delicious luncheon prepared and served by the students in Mr. Eric Boskovich’s Culinary Arts Academy.  Eric has been teaching at SRHS for four years and is a Sous Chef himself.  He is a 2005 Graduate of SRHS.  He teaches in what he refers to as a 3-2-1 program.  This program has 75 sophomores, 50 juniors and 25 seniors.  All students are well rounded, academically proficient and participate in sports and/or work outside of the classroom.

The seniors in this program did the serving of our lunches while juniors and sophomores did the food prep.  Students are taught hands on skills and the small details of proper food serving and presentation. Eric said that the kids in the program participate in many catering opportunities as well and have served up to 800 people at  those events.  The money raised from the events pays for the food that students learn to prepare in the program.  Students are also shown butchering demonstrations where the different cuts of meats and their costs are discussed.  Eric said he is glad to be able to do what he loves and have time to spend with his family too!

Our Excel Club officers Alex Ortis-Velez and Tamika Lazarre also attended with Club Advisor Jaime Sturgeon.  Alex and Tamika spoke about their 1st project for the club – collecting items for a K-12 school damaged by hurricane Dorian in  Grand Cay, Bahamas.  They also said the club members are researching ideas for fundraising and plan to assist with preparing items for care packages for soldiers for their Americanism project.  Both Alex and Tamika want to build a solid base for next year’s club and will be trying to recruit more freshmen into the club.

Jaime Sturgeon spoke of his role as IB Coordinator for the students.  He assists students with college application preparation, scholarships.  The International Baccalaureate began with American Military in Europe and grew to an internationally recognized program.  International offices are in Wales and Switzerland.  Jaime has frequent conversations with those offices in his role.  SRHS IB program has an 80% acceptance rate in Florida Universities – most students go to the University of Florida or Florida State University.  The IB program is recognized worldwide as a prestigious and rigorous program and students earn scholarships and credit for many college courses.  He also explained the weighted GPA system to us.

SCJHS Principal William Dodds, Assistant Principal Chet Devarney, and Advisors Tammy Cruz and Skye Devarney are very supportive of this club.  At our October meeting, we held the installation of new members – 17 in all!.  Mike Natale was the installing officer and Margie Duffell and Terry Gardner assisted. Parents provided refreshments.  It was Wacky Wednesday and students dressed down and brought supplies for HALO Shelter. (Pillar – Community)

In  November members will write letters of thanks to those in the military and Bill Middleton will give a special flag handling demonstration.  (Pillar – Americanism)  A street cleanup is also planned for November.  (Pillar – community)

Terry Gardner has also agreed to assist with meetings.   If you are interested in helping with this Junior Excel Program please contact Bill Middleton, Kathy Burns, Margie Duffell or Terry Gardner.

Club members completed their school supplies drive working with other SRHS Clubs in conjunction with SRMS for aid to a K-12 School in Grand Cay, Bahamas. (Pillars – Community and Youth).  At the October 22nd meeting, they discussed possible fundraising, community volunteering, Youth, Americanism, and Prevention of Child Abuse projects.  Discussions continued on holiday giving, Freedom Shrine Re-Dedication, a book drive for literacy month, volunteering at local events/festivals to include Jr BWO and BWO.  Sara Cosner, Treasurer has also set up an Instagram page SRHSEXCEL so that everyone can view happenings! Discussion followed on recruiting more 9th graders and our two Freshmen members will be talking it up with their peers.

Meetings will be held the 2nd and 4th Tuesdays of each month. School Advisor Jaime Sturgeon has been instrumental in launching this club at SRHS.  Due to the holidays, the next meetings will be held on November 5th and 19th and December 3rd and 17th.  Contact Bill Middleton, Kathy Burns, Margie Duffell or Terry Gardner if you are interested in helping with the SRHS Excel Program.

On Saturday, October 26th, the Vero Beach Exchange Club, Exchange Club of Indian River, Treasure Coast Exchange Club, and Sebastian Exchange Clubs participated in an island cleanup on the spoil islands here in Sebastian for our National Day of Service project. Sebastian had 5 members participate and Paul Williamson graciously captained his party pontoon boat for the excursion.  It was a great effort by everyone who came out to help!

On October 3rd Sebastian Police Officers and Indian River Sheriff’s Deputies held their Coffee with a Cop at McDonald’s in Roseland.  This ongoing event promotes goodwill and trust in the community and the opportunity to get acquainted with these fine officers.

Another recent event was Community Night Out on October 29th from 5-7 p.m. at Riverview Park.  Attendees came out and meet local, state and federal law enforcement officers and saw emergency vehicles, motorcycles, and boats.  There were free hotdogs, drinks, popcorn and snow cones.  Kids of all ages wore costumes for trick or treating! 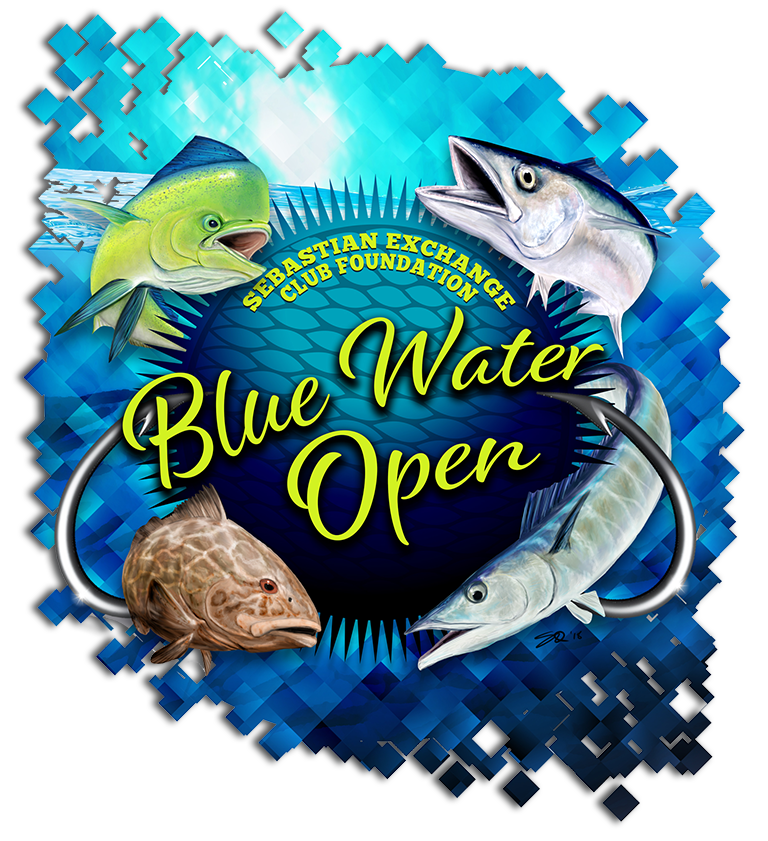